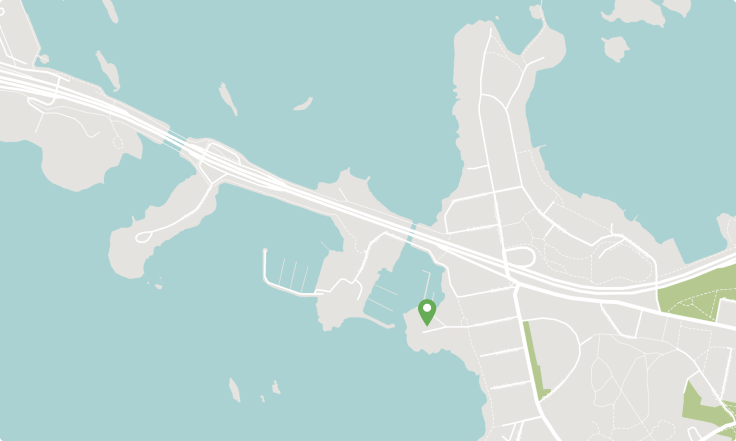 A carved wooden placard on the wall of my childhood sauna in Selkisaari, Mänttä, said (in Finnish, here translated):

“Daily miseries are all forgotten
when the black stove organ plays.”

I’ve read the verse hundreds of times over the decades. As a child, I only understood what was actually stated. Only recently have I started to comprehend what the plate says about the sanctity of sauna.

Sanctity, holiness, has played a central role in the sauna culture over the history of sauna. To this day, holy sauna space is respected in the Mari El Republic, a federal subject of Russia, the Karelian part of Tver Oblast, and in Võru, Estonia. When entering a sauna, people bow and say “Hale, sauna” and often also “Hale, stove”. When entering a sauna, people may want to appease potentially malevolent elves or “the master” of the sauna. A log of wood was usually taken to a new sauna as a token of appreciation.

Inipi, the sweat lodge of Native Americans, is a holy place. I participated in their holy ceremony some years ago. The Great Spirit was everywhere. Steam and smoke represented the spirit of the past generations. Bathing in the Inipi was just one part of the ceremony. Researcher Riku Hämäläinen has presented evidence that originally, the sweat lodge was not a place to physically cleanse oneself but to purify oneself spiritually.

Stones were heated by a fire and carried along a holy path to the Inipi. In the Finnish tradition, too, the path to sauna has been important in preparation.

During the past hundred years, we Finns have forgotten about the sanctity of sauna. Modern people don’t bother to address anything as ostentatious as sanctitude. Sauna has become worldly, a place to get clean and feel physical wellbeing. Bathing in a sauna is seen to celebrate corporality, and there is no denying that’s what it is.

However, the most important reason to forgetting sanctity is that holiness is hidden from our materialistic, technological world. The modern man doesn’t feel part of the surrounding world because he is only interested in himself. Man is a hedonistic consumer, an exploiter of natural resources. Holiness, sanctity, is not recognized because it cannot be exploited. If one tries to exploit holiness, it hides itself. This applies to the sanctity of sauna, too. The sanctity of sauna is an idea completely opposite to consumerism because it reveals how hollow the idea of consumerism is. The holy Finnish sauna could be named an alternative to technology-thinking.

But have we lost the sanctity of sauna altogether? In the Finnish countryside and at Finnish summer cottages we can still hear people say “greetings from sauna”. There is nobody doing the greeting in the sauna, but greetings always relate to a (holy) place like the church or the area around the church.

Another tradition we don’t easily associate with holiness is nudity, with which we are very much at ease and which we consider natural. The person undressing removes not only their clothing but also social status and regalia. We are all equal in the sanctity of sauna. Skin is the limit between oneself and others as well as the contact point for others and the steam.

The third sign of sanctity is throwing water on the sauna stones to make steam. This is buried deep in being Finnish. We get annoyed when making steam is not allowed in other countries or hotels. The sauna stove is our altar. The steam is the holy spirit of the stove that, in Finnish sauna culture, represents the soul of its creator (the bather), unlike with Native Americans, for whom steam is the spirit of the ancestors. Making steam can be associated with hopes (prayers) for good health or improvement. That is why making steam can create a strong experience of community, close to holiness.

Fourthly, silence implies respect of holiness (although originally its purpose was to not disturb the sauna spirits or the ancestors).

Fifthly, whisking our bodies with branches demonstrates traces of holy rituals: at first, we open the channels for evil to exit our bodies by beating the soles of our feet with juniper, then we finish off evil with birch leaves, and finally we whisk ourselves with holy rowan.

Religion scholar Kimmo Känsälä says that in addition to the rules of conduct, amicability is a key value in sauna culture. These common practices clearly derive from the sanctity of sauna. Rites of passage, such as bridal sauna, are in fashion again, relating to the fact that they must occur in a holy place.

The word for “holy” was introduced in the Finnish language in the Bronze Age (1700 to 500 B.C.E.). The Finnish words pyhä (holy) and tuoni (death) are of Germanic origin. These concepts refer to something we cannot encompass or understand: to what lies on the other side, behind the border. Apparently all this got started because people weren’t able to explain where life i.e. soul goes after death. According to Janne Saarikivi, Germanic languages have many words referring to holiness, the most popular being haila that refers to integrity and health. Holy in English, and German heil, have been derived from that word. The health and integrity of the soul, the mind and the body are indeed considered to accumulate in the sauna.

In the old times, sauna was the most practical place to wash the deceased, which was a task for the women like the other holy rituals related to sauna. This probably brought transcendence i.e. sanctity into the sauna. Life, too, got started in the sauna as women gave birth there. This has nothing to do with sanctity, however, because birth brought in people from the other side. Sauna was just a practical place to wash away blood and secretion after delivery. Now that giving birth in the sauna is again “in fashion”, mothers often justify their choice with sanctity. An interesting feature of smoke sauna is that its dark atmosphere is often described to resemble the womb and the state after bathing in the sauna, rebirth. This means that the body, the mind and the soul transfer into a state of bliss, apparently through experiencing holiness.

Therefore it can be assumed that humans have created the concept of holiness in order to make a difference between what is daily and what is holy. According to philosopher Mircea Eliade, people use rituals to achieve an experience of holiness, the experience being interpreted mythically. He says that the world can be divided into two categories: the holy and the profane. This article does not address religious sanctity (=God) but “liberal sanctity,” which I understand the sanctity of sauna to represent. This sanctity can be defined communal. In the sauna, this social (communal) bearing occurs in the form of sacred rules, including the requirement for amicability.

Holy refers to something that we cannot understand or describe and that is different compared to daily life. Commonness and holiness are completely tied together: nothing is common if nothing is holy, and vice versa. People say art is holy because it lifts us above the ordinary by way of feeling enchantment. In exactly the same way, bathing in the sauna elevates us from what is ordinary. Science strives to reduce the sphere of holiness (the inexplicable); i.e. those who believe in science think they can eventually make everything commonplace (understandable). Certainly science can push the limits of unknown but it cannot create values. In my opinion, our values, ethics and taboos are products of holiness. Without holiness and values, life becomes aimless and meaningless wandering.

If sauna is seen to be something more than a source of physical wellbeing, it can offer a much more comprehensive experience to the bather. The immaterial sanctity of sauna elevates us above the ordinary. Sauna is a gate and an interface:

A more detailed article on the topic was published in Finnish in Sauna Magazine 2/18. Translation created in cooperation with the author and the Finnish Sauna Society.